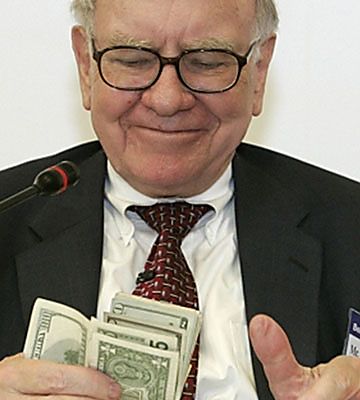 The drugs business is very competitive. Firms lack relevance if they do not innovate to avail new products to combat chronic ailments. To that end, GT Biopharma Inc (OTCMKTS:GTBP) commits to continually innovate to fight cancer.

In an August 28, 2018 press statement, the biotechnology company announced trial of OXS-1550. The trial incorporates another “multi-billion dollar oncology drug.” The project is a joint initiative with “a major Pharmaceutical Company (the Company).”

According to the statement, Dr. Daniel Vallera will lead the initiative. Per the release, Dr Vallera is Director, Section of Molecular Cancer Therapeutics at the Masonic Cancer Center, University of Minnesota.

Commenting on the trial, he said:

“Based on our exciting preliminary in vitro experiments, the initial preclinical work suggests a much greater effect when OXS-1550 is given with this drug. We are very excited about our progress with GT’s OXS-1550 (DT2219) combined with ibrutinib, a potent small molecule Bruton Tyrosine Kinase (BTK) inhibitor which is already an established chemotherapeutic agent.  We believe combination therapies like these that kill cancer cells based on entirely different mechanisms are the future of cancer treatment.”

Further, GT Biopharma Inc (OTCMKTS:GTBP) announced advanced stages in the concept behind Natural Killer cell (NK) hypothesis. As part of the efforts to materialize the research, GT Biopharma is working with “colleagues at the Masonic Center.” The partnership aims to facilitate transitioning of “TriKE and TetraKE NK cell-engager platforms” into clinical development. Specifically, GT Biopharma wants the partnership to help on the regulatory requirements.

The company’s Chairman and CEO is optimistic regarding the mainstream interest in the NK cell field. In his words, he says:

“I believe that the NK cell field, much like the T-cell field did some years ago, is about to explode onto the scene with rapid advances in both the science and the clinical development spheres. I also believe that GT Biopharma will be leading that charge and bringing to the clinic innovative and formidable new NK cell-engager based therapies.”

The company hopes that the new platforms will facilitate faster adoption of the NK cell field’s principles. As per the CEO, combating contemporary illnesses require groundbreaking innovations.

Green Organic Dutchman Holdings Ltd (OTCMKTS:TGODF) In A Bid To Take Over The World’s Cannabis Market 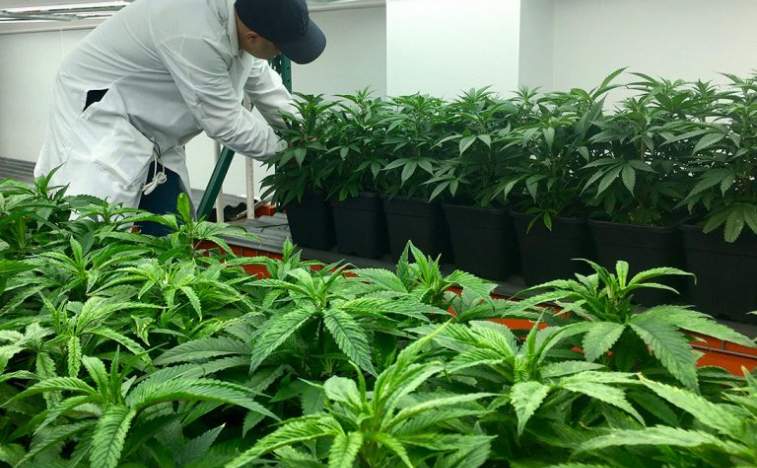 Maple Leaf Green World Inc (OTCMKTS:MGWFF) has entered a pact with Project 7 Group LLC of USA to sell and promote its CBD and CBD enriched hemp seeds. The first-year sales target is set at $10 million (minimum). It can be renewed every year.

Maple Leaf is pleased to welcome the team of Project 7 Group. It expects that Project 7 Group will improve global and domestic sales significantly. The privately held company – Project 7 Group operates with its offices situated in California, Washington, Nevada, New Mexico, Texas, Colorado, Arizona, and Wyoming. It specializes in hemp and cannabis financing, sourcing of seed and clone genetics, sales of raw hemp and concentrates, CBD extraction, CBD product manufacturing, and CBD product formulation. The company has a dedicated team to ensure the best project outcomes.

Maple Leaf has commenced the Greenhouse expansion in California. It is renovating the two existing greenhouses on its 20-acre site located in Riverside County, California. The company expects to complete the renovation in mid-February 2020. It expects to commence cultivation soon.

Maple Leaf is in discussions with several overseas and North American buyers to sell its CBG enriched hemp. The company already signed a letter of intent with Lin International, which is based in Singapore last year. Maple Leaf will supply feminized hemp seeds to hemp projects in South East Asia. Lin International expects to obtain hemp cultivation licenses for its land of 500 hectares in Lao People’s Democratic Republic. It is exploring opportunities in other Southeast Asian nations.

Maple Leaf is expanding the greenhouses to an additional 1,000 Sq. Ft. to meet the growing demand for CBG enriched hemp. The company’s growing capacity will increase to 7,000 Sq. Ft. Maple Leaf also years to acquire two to four greenhouses anticipating the supply contracts. 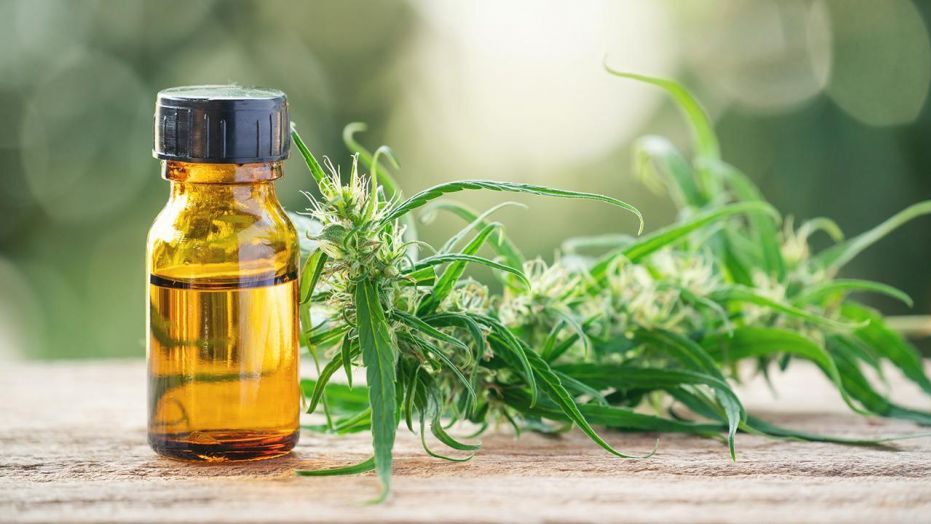 Neutra Corp (OTCMKTS:NTRR) is planning to support its vertical integration campaign with the fresh round of private equity. It will use the funds to become a vertically integrated producer and distributor of the hemp-derived CBD health products.

Private equity to support accomplishments in 2020

Chief Executive Officer of Neutra, Sydney Jim, said the private equity received on January 1, 2020, is a welcome sign for the company to strengthen its long term position and compete and achieve success. The company will use the funds to pursue its goals and strategies. It enjoyed successful 2019 and hopes to maintain better accomplishments in 2020 with the fresh round of private equity.

The multi-purpose and natural hemp compound offers a variety of medical benefits. According to the feedback from users, it offers relief from reduced effects of seizures, anxiety, and slows down in neurodegenerative disorders. It also provides relief from pain and alleviates the side effects of certain cancer treatments. Users do not suffer from any form of addiction.

The market for hemp-derived products expects to touch $22 billion by the year 2022. It is on the backdrop of improved health benefits enjoyed by the users of CBD. The sales of CBD last year are $390 million.

Neutra gets a boost from TDA’s administrative rules

Neutra is almost closer to realize its dream of becoming a vertically integrated company because the administrative rules framed by the Texas administration regarding the production of hemp are public comments stage. On adoption of these rules, the Texas Administration (TDA) still needs to get the nod of USDA (the US Department of Agriculture) to issue licenses for growing hemp.

TDA expects to process the license applications in H1 2020. Neutra will grow its hemp on receipt of the license. The company will use the grown hemp for the production of CBD products and distribute them under one roof. Sydney said it is a big development. The demand for hemp-derived CBD products in Texas is huge. It is economical to produce hemp in the state. The company will also benefit from logistics.  Combined gives Neutra a solid footprint in the southern US. 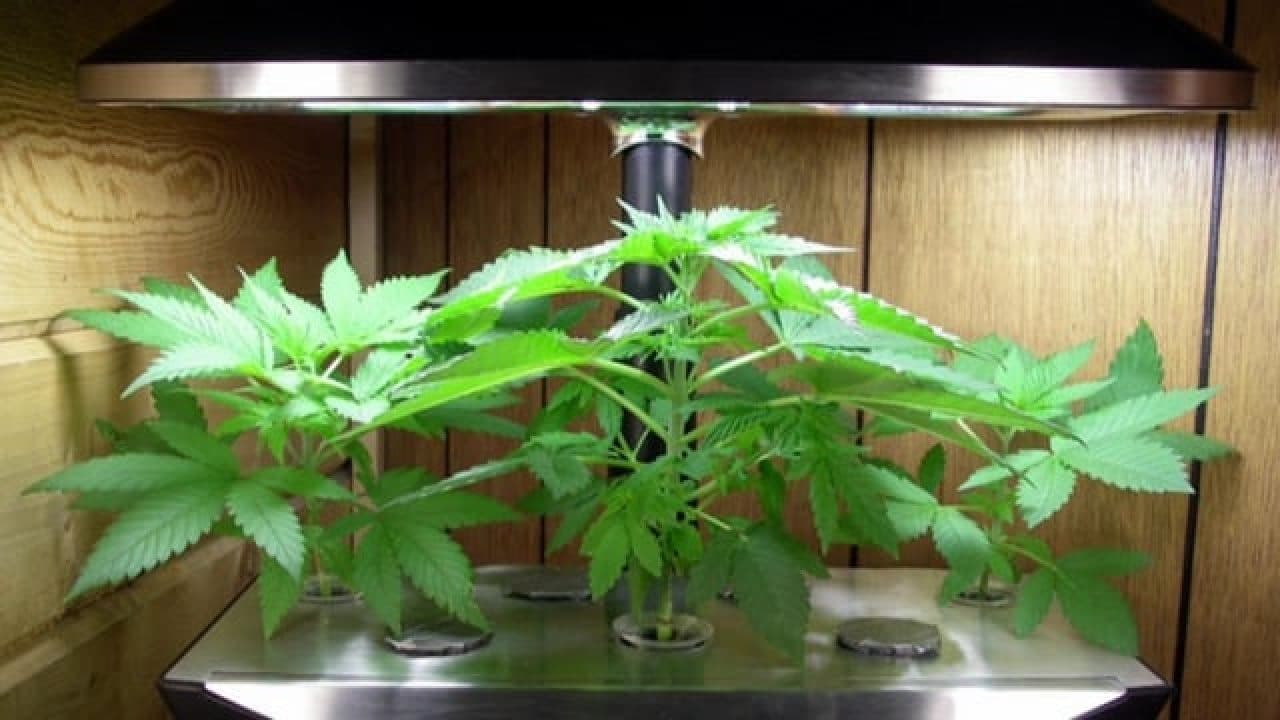 The certified construction documents are necessary to help receive the building permits. AeroGrow expects to complete the planned facility by the end of this month and begin the construction. Grow Solutions is well-positioned for the repeatable design that helps to produce Pure Roots Urban Farm facilities on a large scale.

Grow Solutions is in discussions to construct three Pure Roots Urban Farm facilities this year in Canada. It is striving to establish its presence in the indoor agro/ food industry. The company will put in significant efforts in 2020 to make Pure Roots Urban Farms a household name to those that deliver beyond the organic produce.

Chief Executive Officer and President of Grow Solutions, Chad Fischl, said the company is excited to work with EngComp, which has strong ties to the community and its designs. EngComp is proven to deliver complex projects in time and within the scheduled budget. It offers specialized services in planning, cost estimation, risk analysis, and project management services. Chad said the company re-engaged EngComp to provide its vital plans to the customers.

President of EngComp, Jason Mewis, said the company is pleased to see that this project is moving to become a commercial facility. EngComp is involved in the design since its inception. The new facilities offer a solution to ensure food security.

Grow Solutions has taken over Pure Roots Holdings Inc in 2019 via a share exchange deal. Pure Root possesses licensing rights to AeroPod Vertical indoor grow system. It entered a pact to sell its AeroPods to a firm based in B.C. the company started the design and packaging for those products. Grow Solutions is confident to move forward in 2020 with its anticipated grow markets that include indoor vertical ag-tech, plant-based diets, and cannabis, and reliable partners.