Sipp Industries (OTCMKTS:SIPC) has entered into a pact with Craft a Brew to establish a footprint in the homebrew market. The company will ensure availability of home beer kits that feature classic hemp ingredients of Major Hemp Brown Ale in the kitchen of every home.

The largest homebrew supplier, Craft a Brew will feature the Major Hemp Beer Kits on its website www.craftabrew.com. The company will also ship the home beer kits through distribution channels next month.

Apart from selling at the website of Craft a Brew, Sipp Industries will also sell Major Hemp Beer Kits at prominent online stores like Amazon.com, Inc. (NASDAQ:AMZN) and eBay Inc (NASDAQ:EBAY). The company will also sell the products through distribution channels and retail stores to cash in on the growing demand for homebrew beer kits.

President of Major Hemp, Ted Jorgensen said Major Hemp Beer kits will open a new revenue stream for the company. It also improves awareness of the product Major Hemp Brown Ale and hemp beer. He further said, the company will put in considerable efforts to improve sales of beer kits with the help of Craft a Brew.

Sipp Industries is working with Alcohol and Tobacco Trade Bureau and Sleeping Giant Brewing Company to get the approval for Major Hemp Brown Ale’s label. The company will be able to supply the product in cans across the nation. 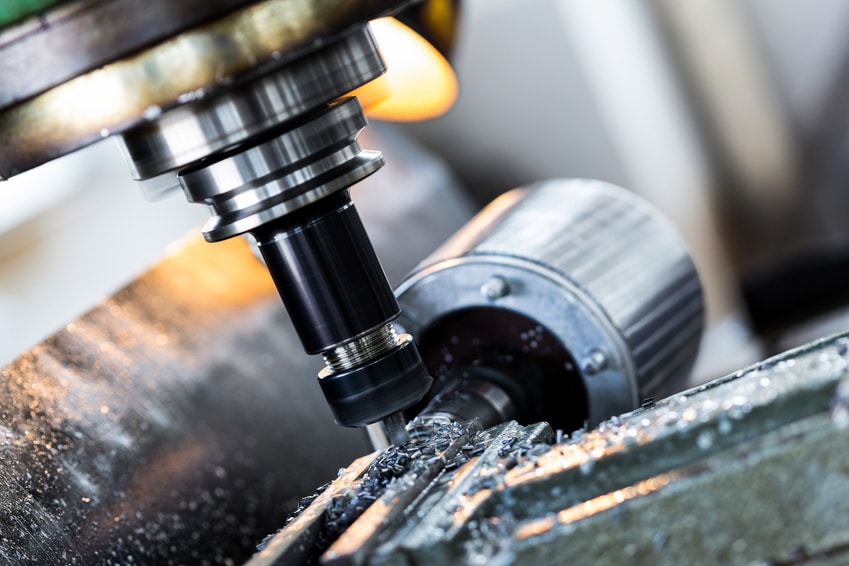 SinglePoint, Inc. (OTCMKTS:SING) has appointed Mr. Corey Lambrecht as the new Chief Finance Officer to focus on expanding the national presence of Direct Solar America. Lambrecht will also be responsible for improving the revenues of the company. He previously worked as a senior executive in several public companies. Corey is also engaged in raising capital and played a vital role in uplisting to national exchanges that include NASDAQ, AMEX, and OTCQB capital markets.

President of SinglePoint, Wil Ralston, said the company is pleased to have Corey onboard to realize its strategic goals. Corey brings 20 years of experience in a public company. His skills will help to strengthen the management team and the company to improve shareholder value. Ralston said the company has appointed Corey considering the successful experience of new business development, strategic acquisitions, and sustainability. The presence of Corey will help the company to scale up the solar business.

An exciting vision for 2020

Greg Lambrecht, Chief Executive Officer of SinglePoint, has expressed gratitude to over 24,000 shareholders for their continued support. The company has set a revenue goal of $10 million for this year. It expects to generate a large share of the revenues of $10 million, mainly from Direct Solar LLC.

SinglePoint is now a fully reporting company with SEC in 2019. The company acquired a 51% stake in Direct Solar LLC. It also posted improved revenues last year. Greg said the company will focus on improving shareholder value through acquisitions.

Direct Solar conducts its business operations in 20 cities across 11 states; it introduced a national proprietary brand in Q3 and Q4 of 2019. 1606 Hemp, its wholly-owned brand, will introduce a variety of smokable hemp products, retail outlets, and distributors have already shown interest and picked up smokable hemp products. Direct Solar expects to post revenues of $3 million in 2019. It will contribute incremental revenues to SinglePoint in 2020. 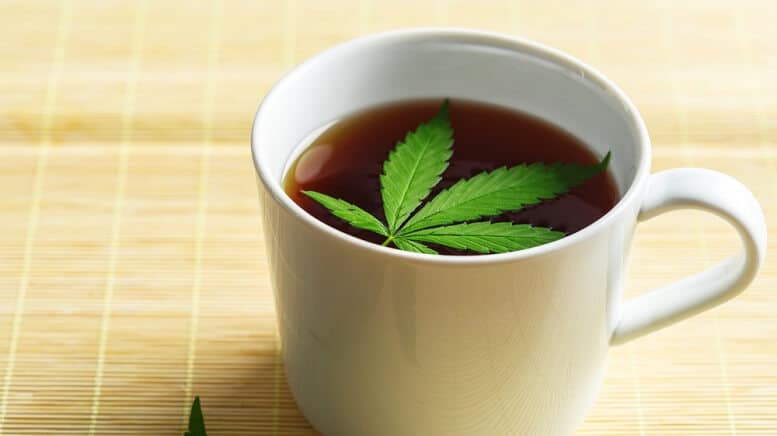 Several former and current athletes engaged in various sports are supporting the use of CBD. President and team owner of the New Mexico Runners, which is based in Rio Rancho, New Mexico, – Andres Trujillo, said CBD boosts energy and improves alertness. CBD also encourages athletes to run faster and recover faster. He said partnering with Linda Bos and Elev8 helps to provide athletes with high-quality CBD to improve their performance and feel better. It is on the backdrop of the kickstart of the second professional area soccer team season by the New Mexico Runners in the Major Arena Soccer League 2. As a result, Elev8 improves its footprint in New Mexico. It also establishes the footprint in Arizona.

Linda Bos said the sales of Elev8 beverages and CBD are surging because of their focus on CBD and hemp benefits. It is noted that local customers are purchasing at a time up to four ready to drink teas. As a result, the sales of ready to drink teas surged to four cases a week from one 12-pack case in a week. Linda said to cater to the growing demand; she ordered five pallets. On completing the geo expansion, the monthly orders will increase to eight pallets. The growth is exciting, with increased demand for CBD and beverages from retailers in Arizona and New Mexico.

Elev8 said the lab results show the presence of 10.94 mg of CBD in ready to drink iced teas (in each bottle). The tests upheld the accuracy and consistency of its products. Elev8 is striving to offer the best to its valued consumers. The market for CBD infused beverages would reach $1.25 billion by the year 2024. CBD products offer wellness and health benefits.

A Look Back At A Long List Of Accomplishments Of Neutra Corp (OTCMKTS:NTRR) In 2019: Neutra Continues To Thrive n 2020 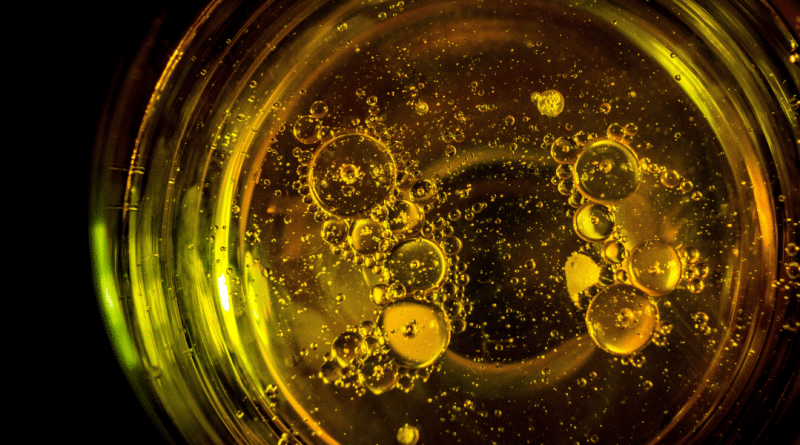 Neutra Corp (OTCMKTS:NTRR) acquired VIVIS in September 2019. VIVIS has introduced transdermal skin cream, which is derived from hemp. The takeover of VIVIS helped the company to support its yearning for the development and sale of hemp-based CBD products that include skin creams for sports enthusiasts and athletes. It also helped the company to establish its footprint in the surging CBD market. The users can confidently use third-party certified CBD products for health and wellness benefits. The CBD products of Neutra are free from contamination and offer consistent potency.

Neutra has canceled the proposed reverse split on the backdrop of positive sentiment from the market for the takeover of VIVIS and positive progress. The company also signed an LOI to jointly develop a myriad of hemp-based medicinal products to meet the growing demand for CBD. According to some analysts, the market for CBD is expected to reach $11 billion by the year 2026.

Neutra will get access to the research findings to use CBD as neutral protectants and antioxidants on completion of the accord with Orgaceutical Co, based in Harrisburg, PA. The company will also receive rights to centrally licensed hemp trademark. Neutra will also receive the Commonwealth of Pennsylvania’s Department of Agriculture issued hemp cultivation license.

Chief Executive Officer of Neutra, Sydney Jim said the LOI helps the company to proceed with R&D to develop exciting applications for medicinal CBD products derived from hemp. The cultivation license allows the company to ensure a consistent supply of high-quality hemp.

As part of its growth and expansion efforts, Neutra entered an LOI with Power Auto Corporation to take over a complex that comprises land and buildings. Neutra would use the new facility to accomplish its vertical integration dreams. Commenting on the deal, Jim said the new facility allows the company to supply the market with high quality and consistent products.

After achieving significant progress in 2019, Neutra plans to maintain the same growth prospects in 2020.

A Look Back At A Long List Of Accomplishments Of Neutra Corp (OTCMKTS:NTRR) In 2019: Neutra Continues To Thrive n 2020